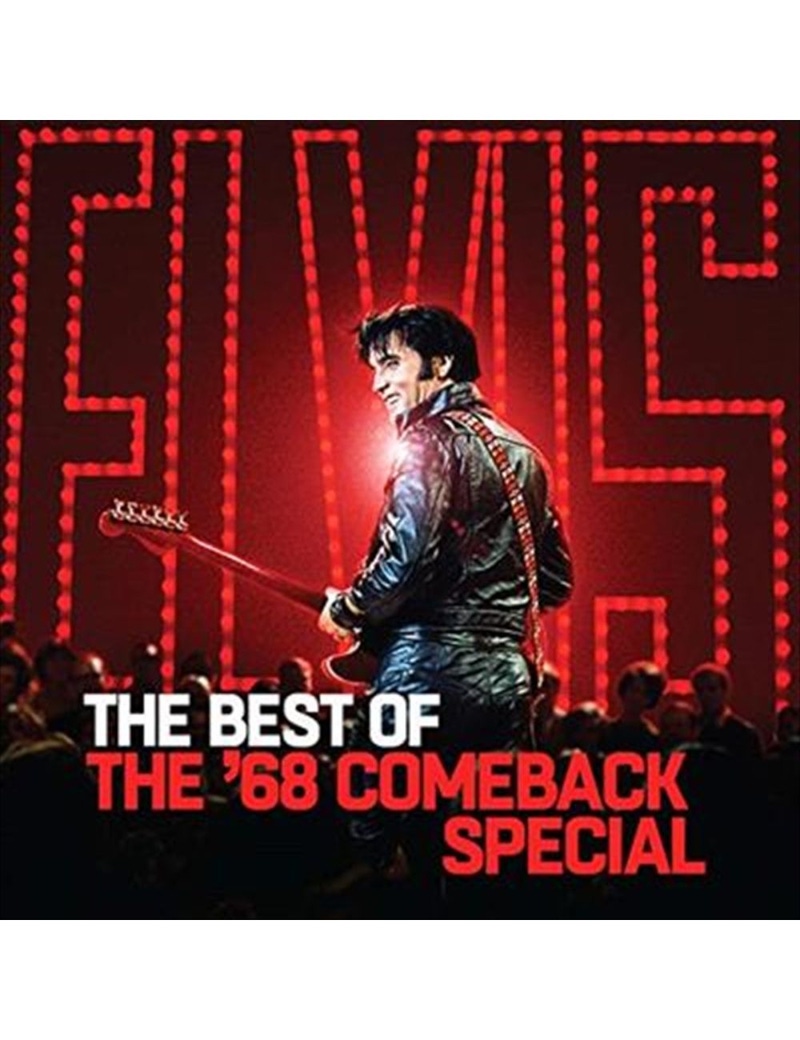 Best Of - The 68 Comeback Special CD

4 interest free payments of $4.36
No refunds for Change of Mind for this item provided by third-party sellers

An ideal set for long time Elvis fans and newcomers, “The Best of the ’68 Comeback Special,” comprises the Elvis recordings and performances that inspired the upcoming tribute and showcases a new version of the legendary closing number, “If I Can Dream,” as heard in the new special — featuring Elvis’ original vocals alongside new performances by Carrie Underwood, Shawn Mendes, Post Malone, Darius Rucker and Blake Shelton. The album features 15 Elvis performances from the “stand-up” and “sit-down” shows filmed for the ’68 broadcast, plus three original studio recordings to represent songs that appear in the new special.

The original special, recorded over several sessions in June 1968, featured Elvis playing the songs that mattered most to him, in his first live performance since 1961. When it aired on December 3, 1968, the special was the week’s highest-viewed television program, re-establishing Elvis as a driving force in popular music. The special was recently revisited in 2018 in the 5CD/2 Blu-ray Disc box set ’68 Comeback Special: 50th Anniversary Edition.