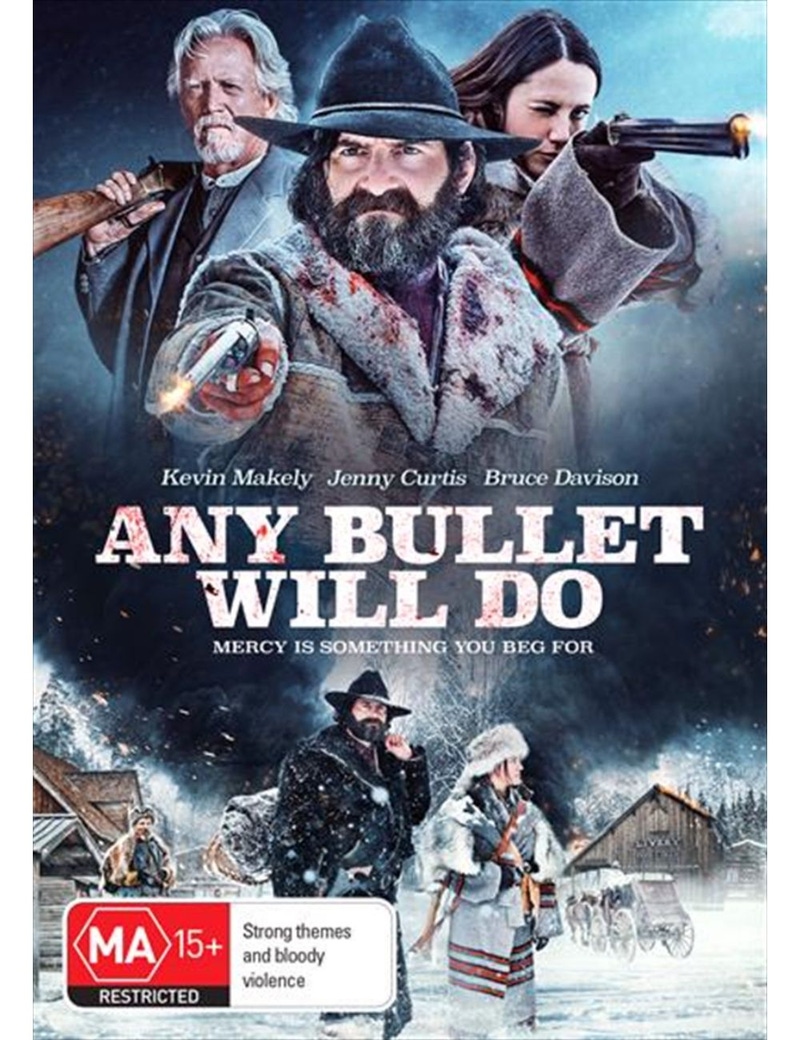 Any Bullet Will Do DVD

4 interest free payments of $6.95
No refunds for Change of Mind for this item provided by third-party sellers

Mercy is something you beg for.

During the great Civil War in America, two Brothers find themselves on opposing sides of the fight as one hopes to help abolish slavery while the other believes it is his God-given right. Ten years later, Hollis Ransom, now a ruthless head-hunter with a legendary reputation, has been tracking his infamous brother since the end of the war. His efforts have led him to Montana during the gold boom. Having fought for the Union Army as a Captain and his brother for the Confederates, Hollis has developed a hatred for his kin the likes of which no one has ever seen. With the help of a young fur trapper, Hollis sets out on a bloody path through the rugged wintry lands of Montana and Wyoming, fighting outlaws, evading Indians, and finally meeting his brother in an epic battle that will seal both mens fates once and for all.